Sheffield steels itself for a ‘landlord goldrush’ as it tops the list of postcodes where buy-to-let developers could turn a profit on rental properties.

The TotallyMoney.com Buy-to-let Yield Interactive Heatmap reveals the yield achievable in more than 2,682 postcode districts across England, Scotland and Wales, with data compiled from analysis of 751,600 properties on the market for sale or rent. In the past year, nationwide demand for rented accommodation has soared by 18%, and by 50% in the capital, while supply has dwindled by 19% (3% in London), turning the rental market into an increasingly competitive jungle – there are up to seven tenants viewing each property.2 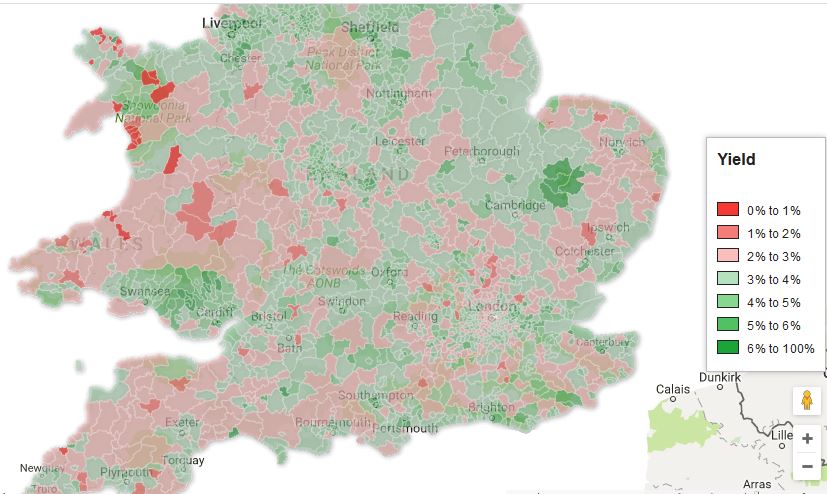 Geographical divide The study reveals a clear geographical divide between The North and The South with northern regions coming out on top and The South East showing particularly poorly. Nine out of the 10 highest yielding postcode districts are in Scotland and the North/Midlands regions. The 10 lowest yielding postcodes, with the exception of Macclesfield in East Cheshire, are all in Greater London and the South East. No capital gains Investors looking for higher yields would do well to avoid investing in buy-to-let properties in London: the average yield for London properties is 3.4% compared to the 4.17% national average. It’s not all bad news for the capital – Plaistow tops a short list of London postcodes in which above average yields can still be earned. Nigel Pocklington, CEO of TotallyMoney.com comments: “Although property prices are rising faster in London than the rest of the UK, this growth rate hasn’t been mirrored in rent prices. Property investors looking for high yields on rental developments could see the best returns from northern cities or Scotland.” 1 Rental yield is defined as median annual rent divided by median asking price. Data are based on analysis of 558,928 properties for sale and 192,672 properties for rent marketed online on 12 September 2014. 2 http://www.telegraph.co.uk/finance/economics/11066577/Rental-demand-soars-as-seven-potential-tenants-chase-every-property.html