Where are you on the UK Credit Map? 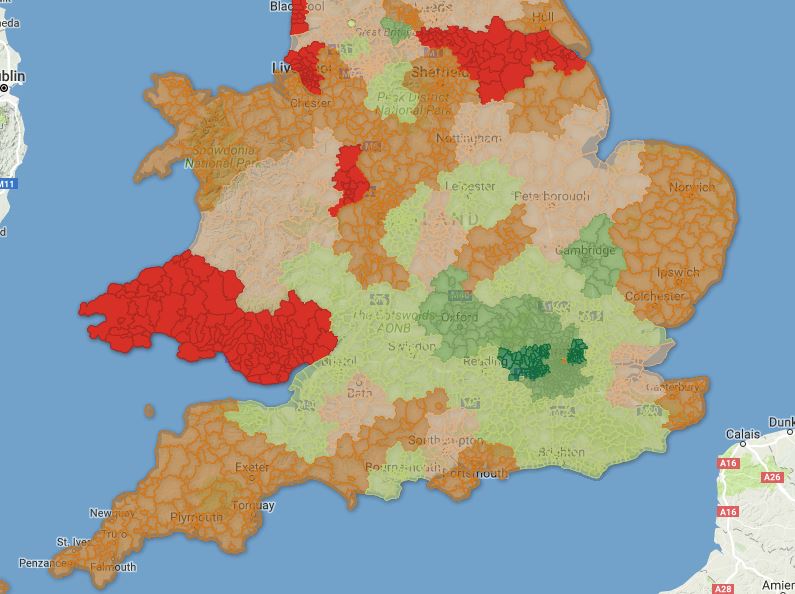 Research reveals that Ilford is the only area of the country where you have a better than evens chance (51.6%) of being accepted for a credit card.

Ilford has been crowned the credit card acceptance capital of the UK, with 51.6% of those who applied for a credit card being accepted. The Credit Index1 and interactive map released today by TotallyMoney.com, the credit comparison experts, paints a picture of a shifting credit landscape in England, Wales and Scotland. TotallyMoney.com’s Credit Index and interactive map ranks one-quarter-of-a-million credit card applications based on the likelihood of acceptance or rejection. This data covers 123 areas in the UK over the year. Nationwide, research reveals that the number of consumers being accepted for credit cards has risen to 40%. This figure is up 1% on the previous year, but there are still stark divides between the regions and the research uncovers the postcode lottery facing credit card applications.

Nigel Pocklington, CEO of TotallyMoney.com comments: “Our Annual Credit Index has again revealed insights into credit card application rejection rates across the country. “We've seen urban regeneration in East London reflected in improved credit application acceptance, but there are still many people struggling to access affordable credit, particularly in the North and Scotland. “A key finding of this study is that the overall credit card acceptance rate actually rose last year. “This may reflect an optimism and confidence among lenders that they can relax their acceptance criteria or that consumers are making better-informed decisions about credit. “With most consumers facing a less than a 50:50 chance of being accepted, it's more important than ever that consumers use a service like TotallyMoney.com that shows how likely you are to be accepted before you apply for credit. “Fear of rejection leads more than one-third (36%)2 of credit card holders to hang on to their existing card and potentially miss out on huge savings. Switching to a market leading credit card saves the average balance transfer customer over £800 over the lifetime of the deal – This dwarfs the average savings made from switching energy provider or taking out new insurance.”