We are asking filmmakers of all levels to submit 60-second films that immediately grab the attention of the viewer in our Thumb-Stopping Moments short film competition. We recently spoke with Dan Andrew - one of the competition judges and a studio creative director - to give entrants a better idea of what the judges are looking for. 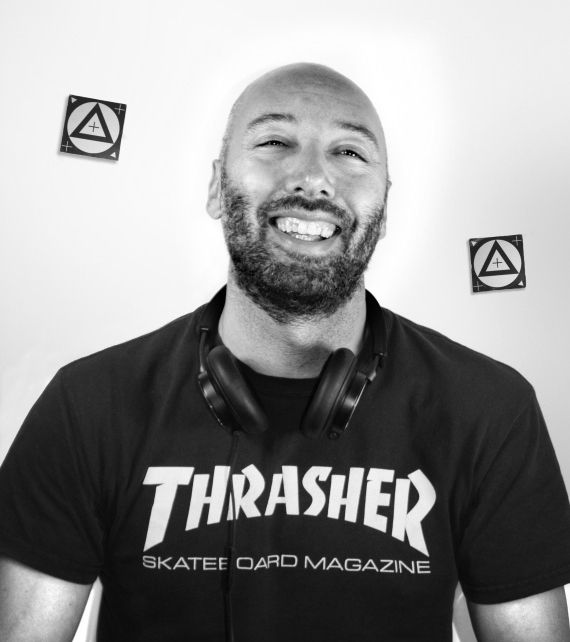 What is your favourite film?

"One of my favourite films would be Central Station, a Brazilian film by director Walter Salles. Beautifully shot with brilliantly woven storylines around a young central character. No big VFX just great narrative."

What is your favourite advert?

"For me one of my all-time favourite ads has got to be 'The Cog' by Honda. Extremely well thought out with the majority of it shot on camera with no CG.

"Rube Goldberg's depiction of getting a complex machine to perform a simple task is wholly self-evident in this wonderful cinematic execution. He inspired a whole generation of filmmakers no doubt."

"Technology is great but only if implemented with a creative need. Too many adverts and films are produced solely for the sake of effects - even worse if it's used to hide a poor narrative. You can spend £200 million on a VFX extravaganza, but if the creative or story is not there it's going to fail and fall flat in my view."

How has technology impacted media consumption?

"Massively, if we are talking smart phones, interactive displays, VR and AR. "All of these advances in tech mean designers and directors can create something new and engaging for the audiences. Although some of these technologies are still in their infancy I truly believe we have some exciting times ahead, where our consumption of media will change forever, hopefully for the better."

What was the last thing that made your thumb stop?

"I really like photography and the composition it brings to both still image and film. I'm a bit of an Insta'head and whilst thumbing through feeds I came across a brilliant one by 'fatfeedzero'. The whole feed is black and white and made of really clever photo montages so when you scroll down you see a photomontage story evolve in front of you depicting strange figures and landscapes."

In one sentence, how would you avoid the unexpected?

"You can't - something will always come up so just roll with it and adapt." Come back soon to see how the other judges answered.