The latest consumer credit figures from the bba show that consumer credit is growing at 7.2%, the highest rate in a decade. It seems that consumer confidence remains strong following the Brexit referendum. Savvy borrowers are continuing to take advantage of the cheap deals that followed in the wake of the Bank of England interest rate cuts in the summer. And even those who previously struggled to get credit, because of poor or thin credit histories, are now enjoying greater access to credit. Some commentators are worried that we’re seeing history repeat itself. There’s concern that as borrowing approaches the kind of levels we saw just before the 2008 banking crisis we are setting ourselves up for another fall. 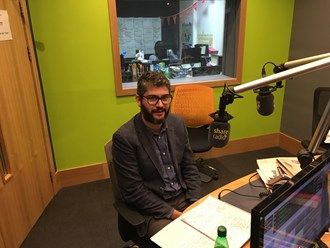 Analysis: Listen to a discussion of the bba figures on Share Radio Outstanding mortgage borrowing accounts for most of the overall consumer debt – some £830 billion against £89.1 billion in credit cards, overdrafts and personal loans. These figures do not tell the whole story. The burden of debt that the consumer is carrying is considerably lower than it was going into 2008. The standard variable mortgage rate is 4.4% today compared to 7.7% in 2008. There has also been a significant increase in property value in the past ten years. Once adjusted for these factors and taking into account changes in the retail price index we see that the burden of debt is much lower than the 2008 levels. The burden of debt is rising, but interest rates would have to increase by nearly 5% to take it back to pre-crisis levels.

Within this overall picture of robust consumer confidence and access to credit, there are some indicators that consumers are shopping around to find better deals. Increased competition in the consumer credit market has led to 0% deals of durations far longer than we’ve seen before. Consumers are taking advantage of this and that is reflected in the bba figures. The proportion of accounts with interest-bearing balances has been falling steadily year  on year and is now 57%. It’s a move in the right direction, but that still leaves more than 28.5 million consumers who could be switching to a 0% balance transfer deal and cutting the cost of their monthly credit bill. It’s now easier than ever for users to compare credit, find better rates and check their eligibility before applying. Our new free eligibility score service puts this information right at the fingertips of consumers giving them more control over their borrowing. There remain areas in which more could be done by lenders to educate consumers. One of these is the cost of withdrawing cash on a credit card from an ATM. Despite being charged a fee and incurring interest charges on cash withdrawals from the moment they are made until they are repaid, increasing numbers of consumers are using their credit cards to withdraw cash. This could be costing the UK dearly in avoidable fees and interest payments if they were to use a bank debit card instead. This could be an early indicator of the pressure faced by consumers who are struggling to make ends meet and are forced to use credit cards for cash withdrawals, but with discretionary spending rising as shown in the October retail spending figures rise of 6.6% compared to 2015, it seems more likely that this is a result of a lack of awareness.