The Hottest Game in Town

“I’ve got wood and I need a sheep” are not the words you usually hear in an office in Central London. However, earlier this year the offices of TotallyMoney were transported to 16th century undiscovered lands where we were faced with the daunting task of starting our own civilisations, building roads and cities while battling each other for control of the terrain.   Games night gets on a roll I am, of course, not talking about some surreal role-playing experience, but instead about the board game The Settlers of Catan! It all started from a casual conversation, then a Slack channel was created, our CEO promised us pizza and a date was set. Ten of us split into two groups and from that the inaugural Settlers of Catan evening began.   Fast deals and hard bargains For those who haven’t played before, the aim of the game is to get to ten Victory Points – these are awarded for building settlements, upgrading settlements into cities and obtaining (and maintaining) the longest road or the largest army. Oh, and sometimes from collecting special cards known as development cards. I won’t bore you with all of the rules, but the key to the game is carefully choosing where to build so you pick up the most and best resources (based on a roll of the dice), then making shrewd trades with your fellow players – or bullying them into submission in some cases – to let you build more. Sound complicated? It’s not, everyone picks it up within a couple of rounds and beginners have been known to win on their first game.   Pizza the action After a few rounds everyone was very much into the swing of things, passions were flaring and trade embargos threatened as Henry’s grip on the map grew and I cut off Felicity’s route to a perfect position by the sea. Which was probably a good time for the pizza to arrive!   Expanding into new territories Of course, there can only be one winner, which I am proud to admit was me…well of one of the games anyway. We managed to fit a few games in, with Bartosz and Edd proving tactically superior to the field as well. I think it’s fair to say that the evening was a success, and drew a few people in who would not usually be tempted by an obscure board game. We’ve since held another successful night, have another one planned and some Fridays a few people squeeze in a quick game after work. There’s even talk of expanding into other board games… 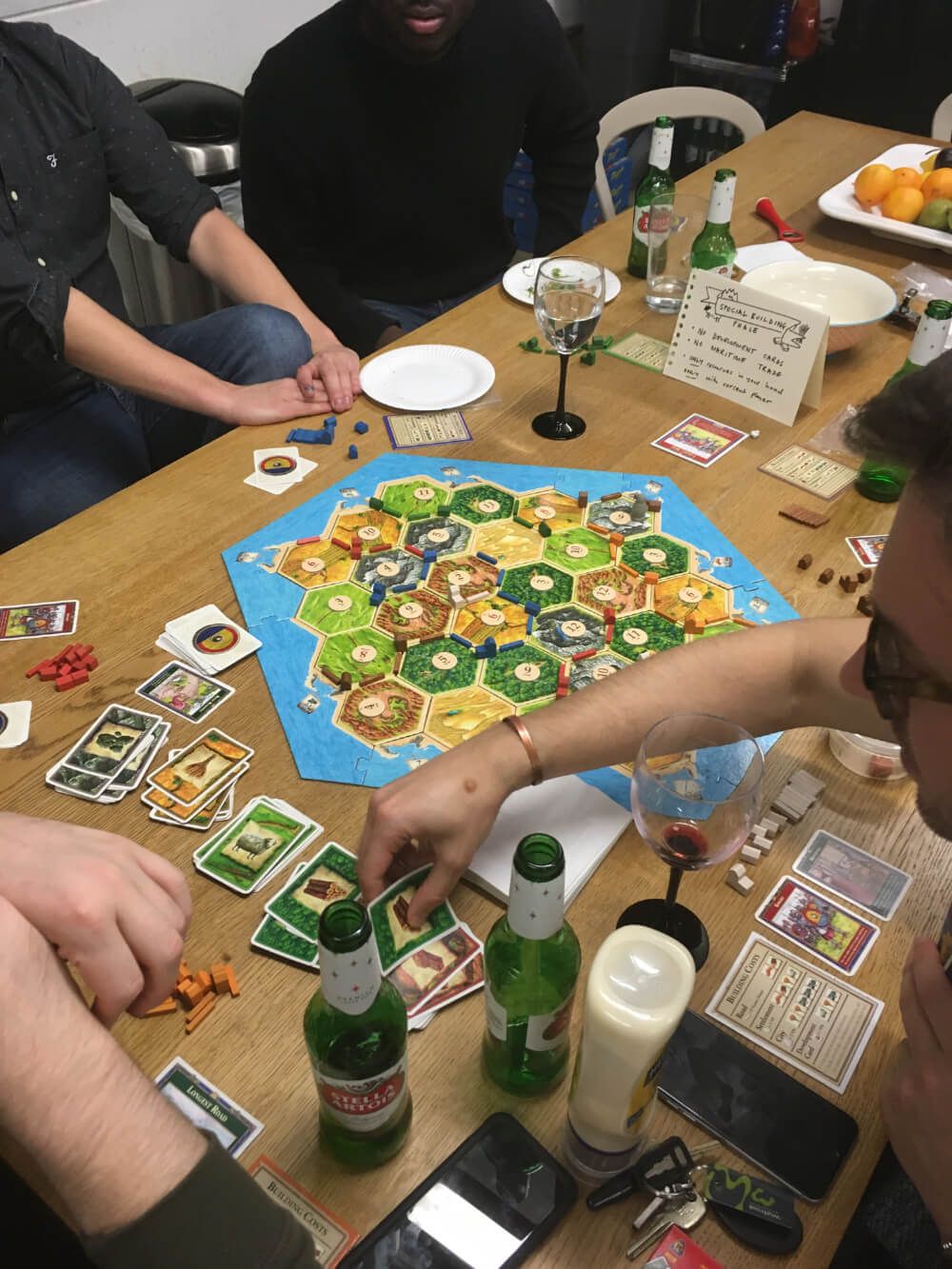